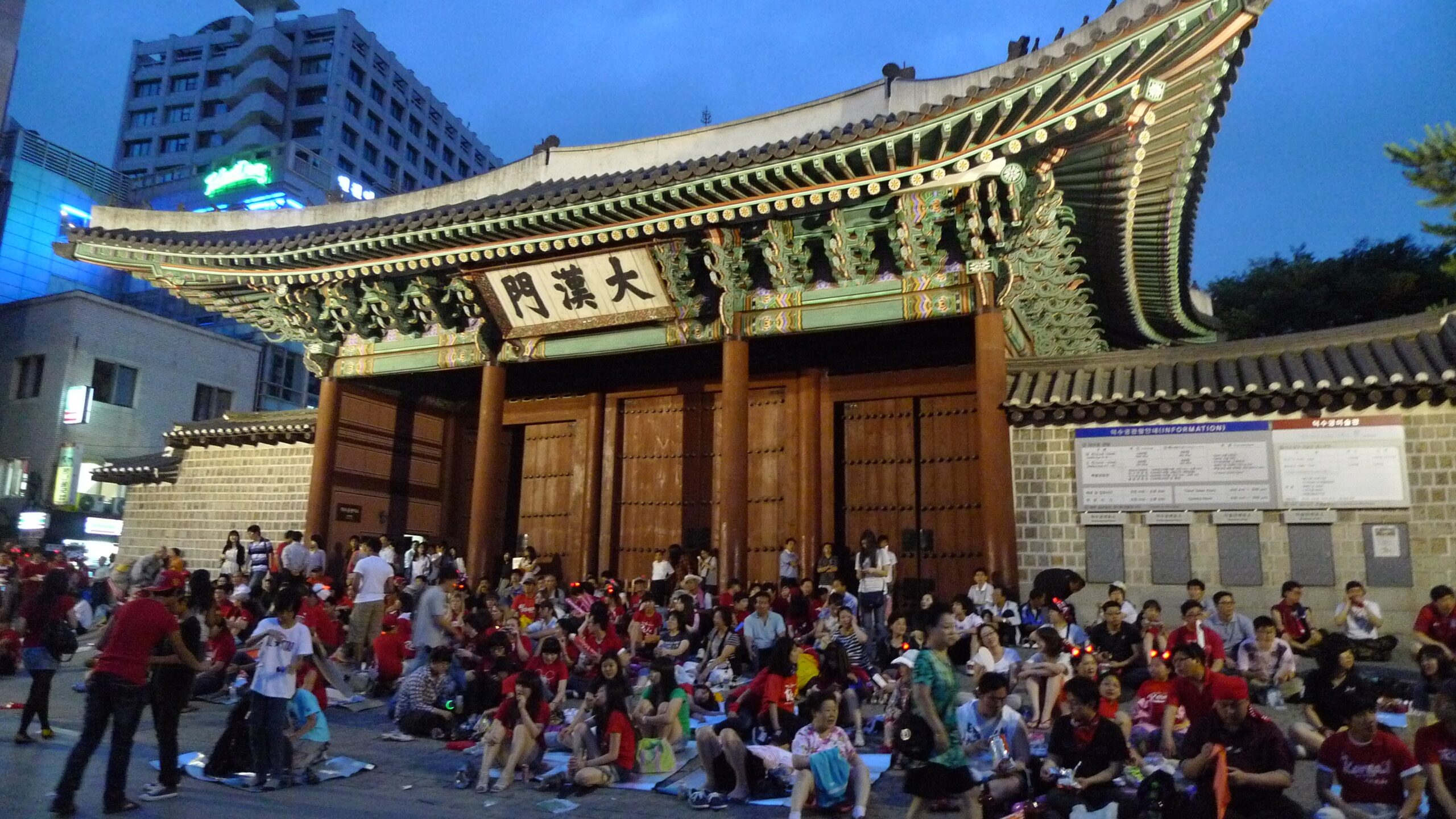 The Korean team lost on Saturday night to Uruguay. The score was 2-1. It was the first time the Korean team made it to the second round on foreign soil. The parties at Seoul City hall spilled over through the night.

Nearly 1.6 million people, around the country, gathered in public places to watch the game. In Seoul, 500,000 of them showed up at City Hall, World Cup Stadium, COEX Mall and along the Han river to watch the game. The game bound the nation together in a spirit of nationalism that I have not experienced in Canada. Even though they lost, the country remained very proud of what they did.

As for me, I spent the night in Itaewon at a local bar. I did manage to get to City Hall but there were just too many people. I did notice a bit of a difference from 2006; it was more organized. The grass area was sectioned off and they only allowed a certain amount of people. By the time the game started people moved and sat in the streets to watch the games on giant screens around the centre.

After the game, I socialized for a while before getting some sleep. I am not happy that the Koreans were knocked out but I am happy that I was able to see this for maybe one last time in Korea.