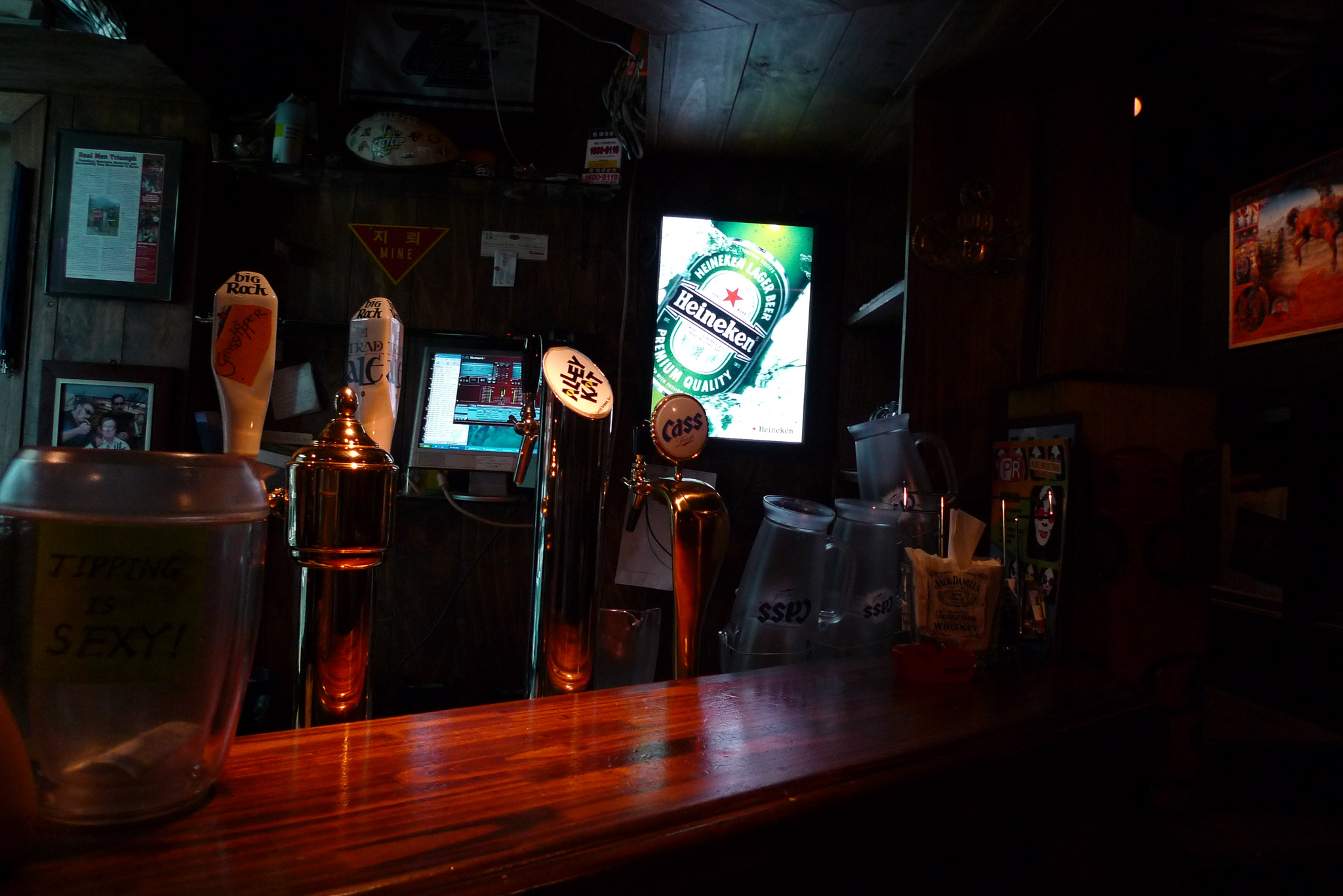 I think every city, all around the world has “a bar.” For me, it’s a place where everyone knows your name and your drink. As an expat, it is nice to go to a place where everyone speaks English and all the food is familiar. For the past 5 years that place has been the Rocky Mountain Tavern (RMT). It was opened by four Canadian Expats: Jamie, Tyler, Craig, and Corry.

I first started going there because my friend, Shawna, was obsessed with dating two of the owners. She was also an avid hockey fan and RMT was the only place in Itaewon that would show hockey games live. Now a lot of the bars show hockey, basketball, soccer and rugby games live but RMT was one of the first. When Shawna left, I started going there with Tammy and Jen. We would drink a lot and meet tones of people. One would never know what would happen at the RMT or who we would run into. That is why I liked it. RMT was usually filled with sports fans from Canada, or sports fans from the US Military. If I was ever bored and needed to talk to someone, I would go there and meet others.

When Tammy left, I met up with Alexis, Mandy W., Melody, Jeremy and others. I also became really good friends with some of the bartenders and others who work there. There is Shawn, who is really nice and cool. There is Lauren always up for dancing, Joy who is always smiley in the morning for breakfast, and many many others. It is probably the last place that I will spend in Korea before boarding the plane and heading to Hong Kong. I shall miss it.