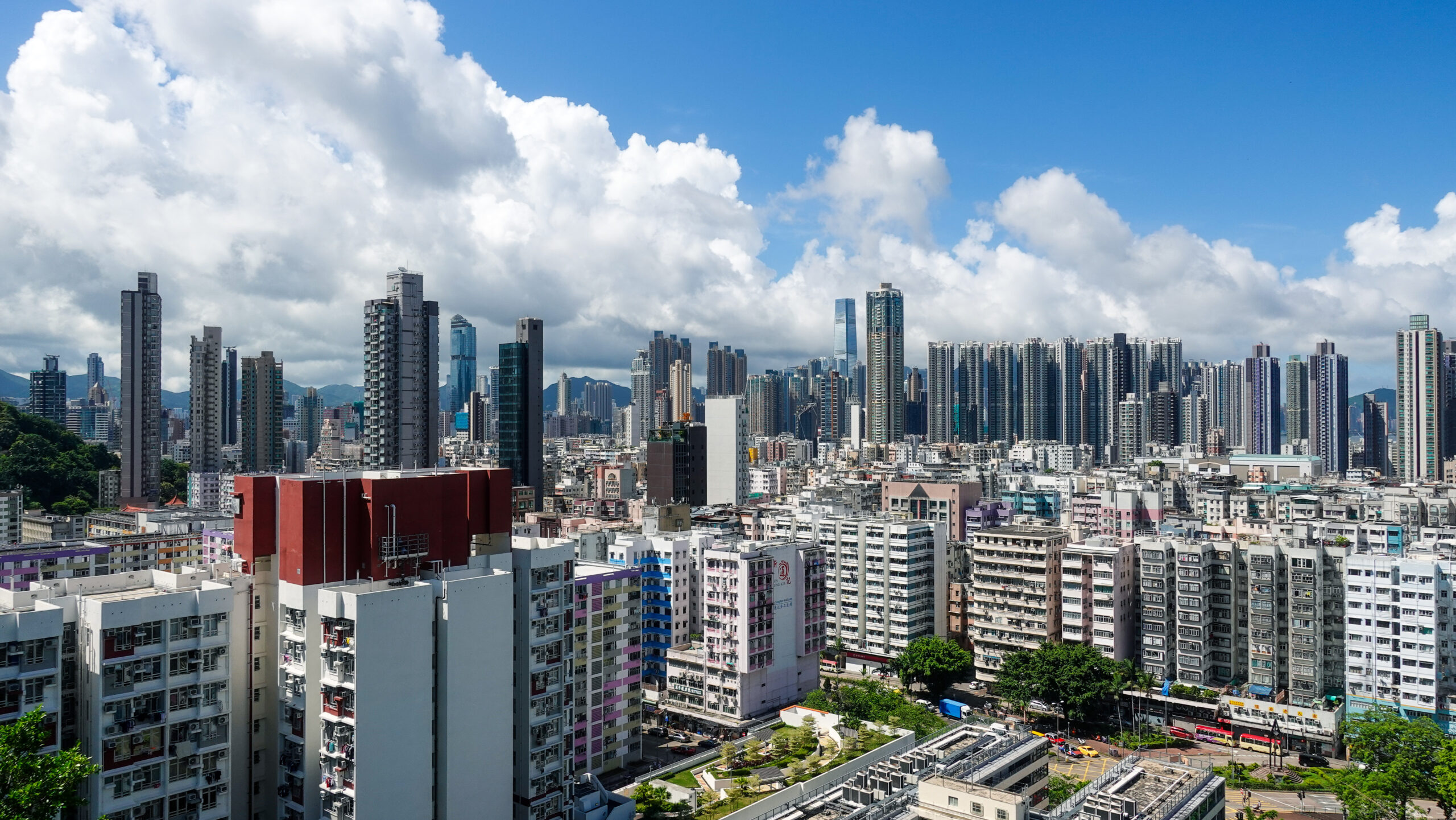 I got to Mei Ho House in Sham Shui Po. It looked closed down. Under standard times it runs as a hostel, but with no one allowed to enter the city – there may be no one around. There is a hill behind the hostel giving good views of Kowloon, and I wanted to check it out. There was a sign and a closed gate. The security guard was nice enough to point me a different way.

The hike up was going up concrete steps in a typical HK hiking style. It is a small ‘hill’ compared to the mountains around but with the steps – it felt like more. Most of the way up was exposed to the sun. There were no trees or brush for the way up. I was sweating a lot and didn’t bring water with me – not thinking and not sure how steep it would be. Spring or fall would have been a better option.

Halfway up there was some shade and needed to stop not wanting to push myself. The hill and it is a hill not a hike – is called ‘The Garden Hill.’ It’s named after the big bakery below. The headquarters and were all the bread in the city lied below. The trees on the way up were small and random placed in the middle of concrete poured to make sure there isn’t a landslip when the rains come. The trees are small and resemble cactus with needles not leaves. Some provide a bit of shelter from the sun. Further up, near the top, there were more trees, more shade and thus more people.

Up on the hill was more shade from the trees. People lounged around on metal chairs shirtless. Most, if not all, were over 65 years old. The hike up and down as part of their daily exercise. Most had transistor radios blaring Cantonese or Mandarin Opera. Some talk or new shows. Not being able to tell the language shows how much I need to improve my Cantonese. Maybe the screams even make it hard for Marco as well. There were random dogs but not sure if anyone owned them. It was a community and I guess I was the intruder.

The views were worth the river of sweat. There were memories of the heat stroke in Japan – the last time. I had sweat as much. I should have brought water or something. There were old men doing stretches, smoking, playing chess. Below is Shek Kip Mei and wondered if coming up here was away to get out of their small, dark apartments and the fear of the virus.

It was time to head down, and not surprising, it was a lot easier. It was still exposed to the scorching sun. More rivers of sweat and a pounding heart. I still snapped some photos of a Banyan Tree with idols around it. Street cleaners were catching the shade under her. Then went down the rest of the way.