Music In The Park 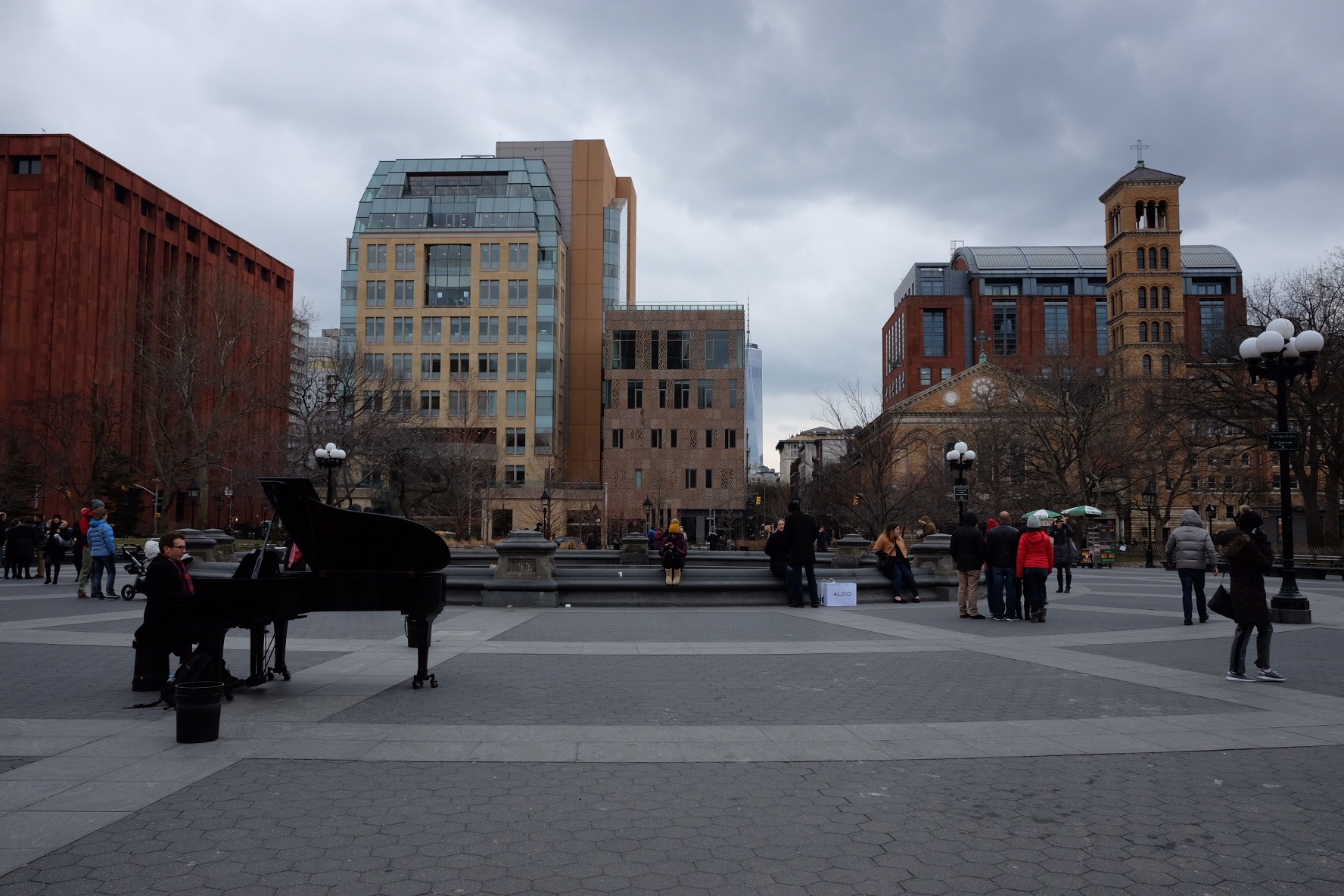 We were walking through Washington Square in New York City. The weather was cold. Many people were heading to Battery Park to protest Trump’s ban on Muslims from a few countries in the Arab world. The news was all about Trump and this sense of foreboding coming over the country and maybe the world.

The mood was down and yet something I heard in the park lifted me up. It was a guy at a grand piano playing beautiful music. There was a guy, with his hat out to take tips, playing away. He is there almost every weekend no matter the weather. He was playing without gloves. It was a moment of calm in the middle of the noise.

I sat for a bit; then tipped; then was gone. It was one of the highlights of New York.