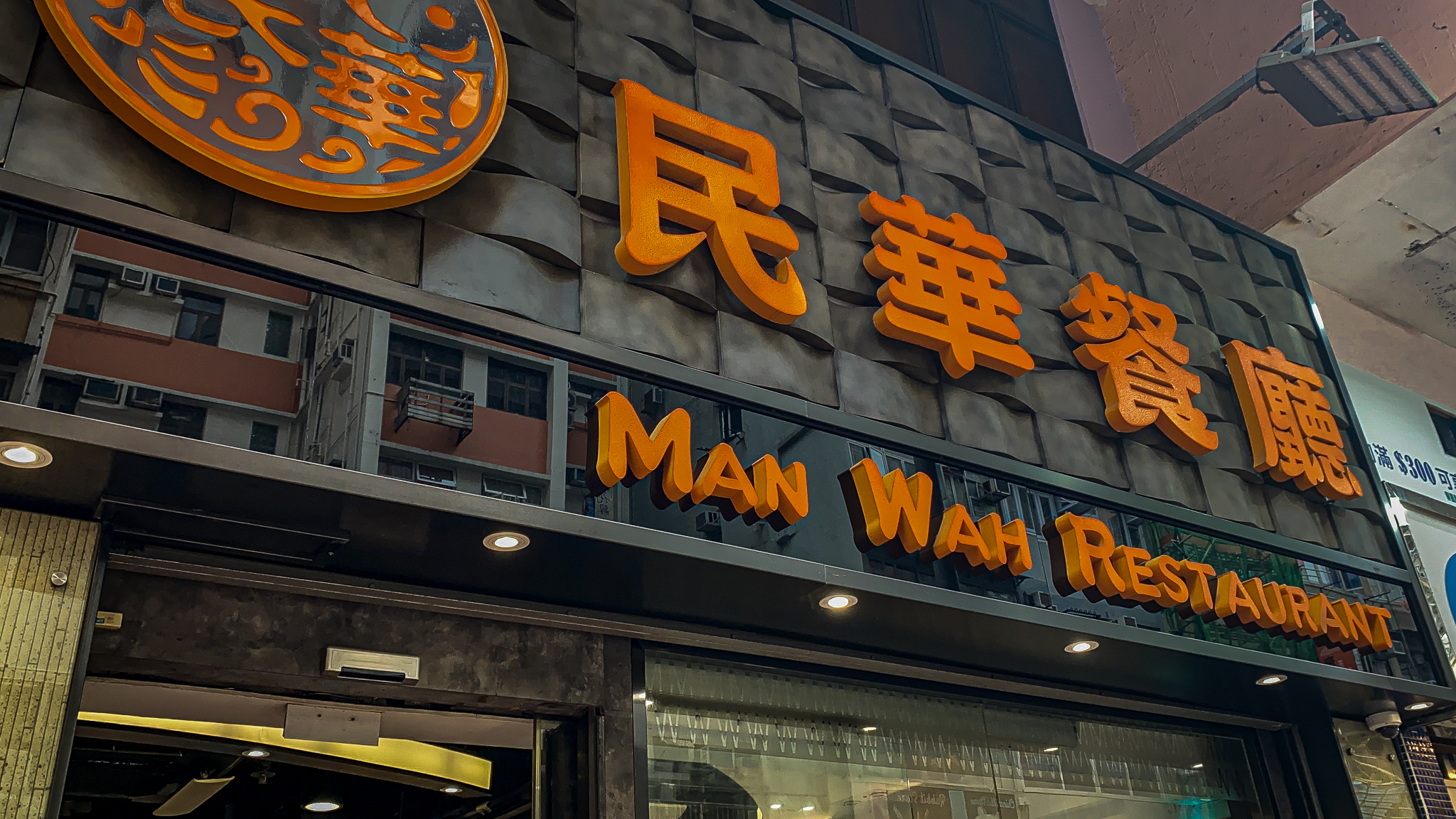 Hong Kong local restaurants are some of the best places to eat, but they can be intimidating. Usually, there is a long lineup to get in. They are small, with the owners making maximum use of space. Every area is used. For breakfast, there is this western-HK fusion style. One of the best places is something I nicknamed ‘toast.’ The real name Man Wah Restaurant (民華餐廳).

The selection is limited, but all is good. I ordered my usual- Macaroni in a light satay soup, a side of ham, a yellow/orange egg and the thickest Toast. In addition, there was some Hong Kong-style French toast — thick Toast fried and covered in a lot of butter and condensed milk. I haven’t had it since he left, and it still is one of the best meals. It is basic, filling, but with this place, it is all about the Toast. It is thick, Texas-Sized, crispy on the outside and soft on the inside. There is a crunch to it.

The typical order of noodles, ham, eggs and the best Toast in Hong Kong.
The French Toast was too much, though. There was a thick block of margarine on top and melted to combine with the condensed milk. It was filling with the golden crisp and pools of butter all around it. The taste is heavy and great. After not eating in 13 hours, it was a good idea but maybe not the best idea.

It wasn’t busy for a change. The plastic dividers held up with masking tape and could be toppled with a touch made it still feel small and cramped. There was a table for myself which gave a bit more space. The service is silent, maybe because of the lack of English, or they want you in and out as quickly as possible. The higher the table turnover, the more money they make.

There is a Man Wah in Tai Po, where I used to live. It was smaller, tighter and usually a long line up at any time. The thing I like most about the place, and most of this chain, is the staff tend to be older, and the change over is minimal. They know what they are doing. They do not chit-chat or fuss with the customers. The goal is to get them in and out as quickly as possible. It is typical Hong Kong service — straightforward and efficient. After getting used to this type of service, it makes it hard to go back to the typical North American or western style with all the pleasantries and niceties wondering if they are genuine or things to increase the tip.

The food was good and sent to my love, who is now living in America, to make him a bit jealous of the food. I was in and out in under 45 minutes. As soon as I stood up, someone was there to take my seat.