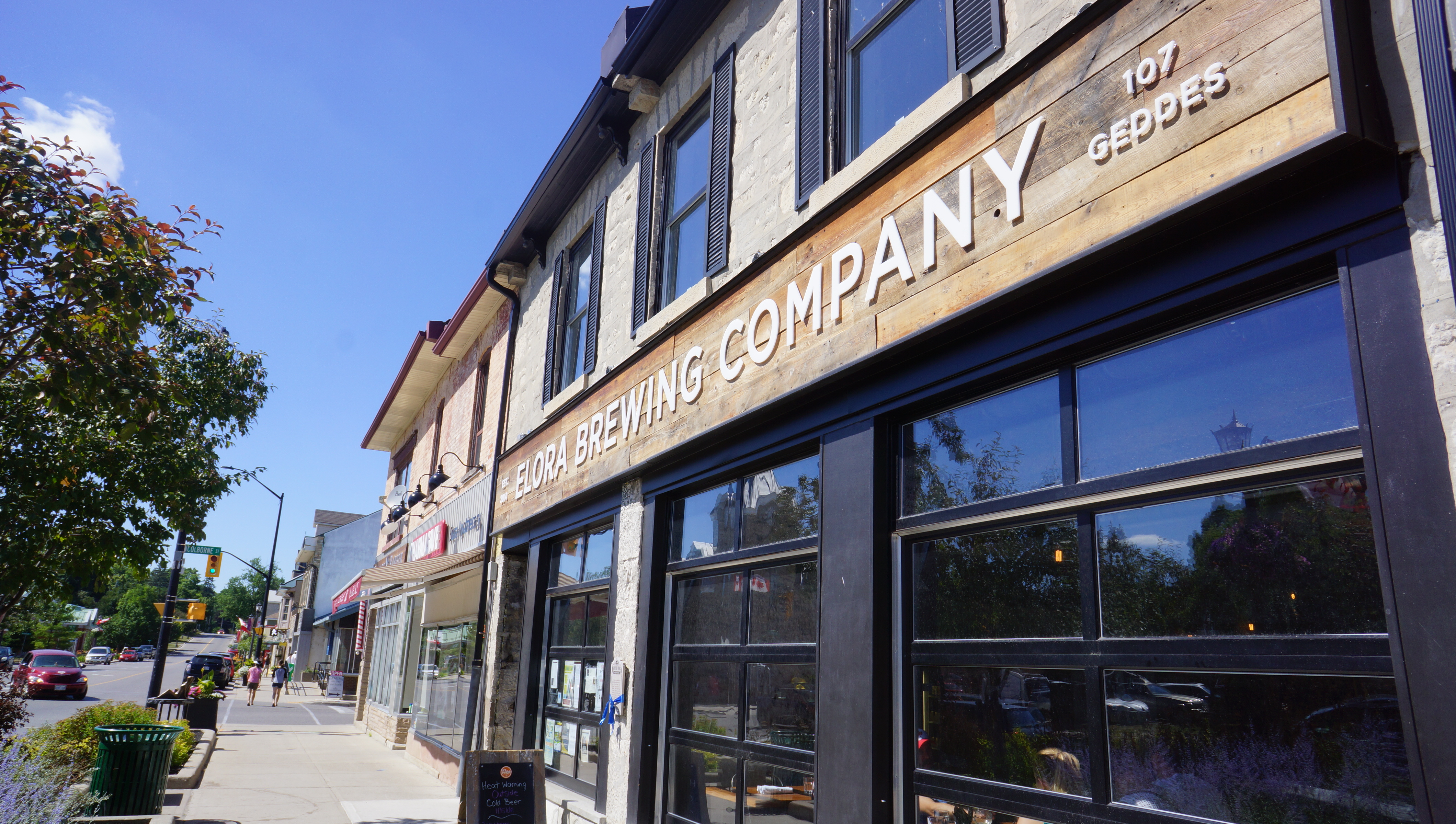 The building is an old limestone hardware store. It is accented with wood, stone, and black iron. In the back are the steel canisters for the beer brewed on the spot. The Elora Brewing Company is trendy, charming and bright with the big store windows in the front and a large door at the back to let in some fresh air. The feeling is cool and relaxing. Our friends were having some of the samples of the five beers brewed behind where they were sitting.

I opted for the Elora Borealis, a Ciara Pale Ale. It was the bronze medal winner from the Canadian Brewing Award. It is lightly malted pale ale and is slightly bitter with some citrus flavors. It is very crisp and refreshing on a hot day. It was a perfect choice.

The Elora Brewing Company started by two neighbors, Matt Lawson and Jim Murphy, who were brewing out of their garage. They brought in Don Smith and Jonathan Lauremcic as investors along with their brewmaster Alex Nichols. The company is the town Elora Ontario (pop. 3,800) just north of Guelph, Ontario.

“We’re trying to provide something that Elora is missing: a beer to call its own,” said Lawson to the Guelph Mercury. The company is a year old but is thriving as people want to have more craft beer. Statistics Canda reported the number of licensed breweries in Ontario has doubled since 2011 to 140 from 70. It is expected to grow more as Canadians turn away from the three major breweries of Anheuser-Bush InBev (from Belgium), MolsonCoors (incorporated in the US) and Sapporo (in Japan).

The building dates back to the 1840’s. The exposed limestone with wooden tables make for a rustic eating environment on two floors. The top is a wide open dining area seats 150. It has a view of the brewing area as well as the front of the rest of the establishment. The brewing area has four large 4,000-litre fermenters along with a large garage door for pick-ups and deliveries. In the entrance are fridges filled with fresh beer to take home either in bottles or a growler straight from the fermenters.

Beer is the focus, but they do serve some delicious food all sourced from farms around the area. Each dish comes with a suggestion on which beer to go with it.