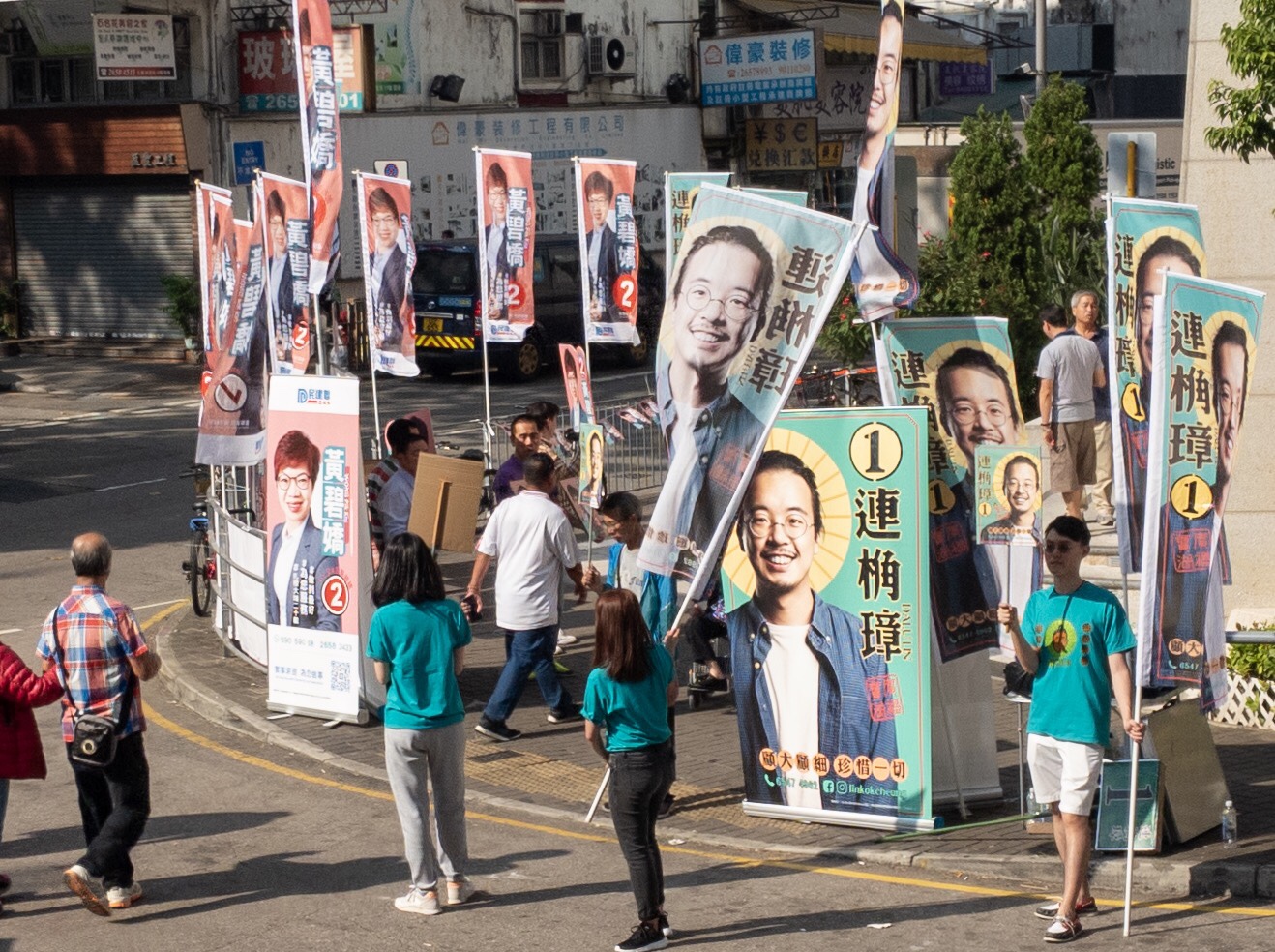 The line up was out of the school, down the street, then down another street. People brought their kids. They got up early and got ready to go out to do something others in Mainland China can’t do – they went out to vote.

It was my first vote and the one I will remember most after voting in every possible election back home and now my first in my adoptive home of Hong Kong.

The vote is for members on one of the 18 district councils around the city. Their job is minimal – mostly looking after garbage cleanup, bus routes, and other smaller local issues. Elected members need to have a second job since the pay is not much, but they are important in the Hong Kong government system.

Under the current system, they hold 10% of the vote for the leader or the Chief Executive. They also hold an additional five seats on the Legislative Council having more say on how the region is governed. The regional councils were all dominated by parties and politicians loyal to Beijing and the Mainland government. This election was different. There was going to be a change.

We filed into the gym in a single file. The election officials divided into different rows based on the first letter of our ID card, making the process of voting easier. The ballet is in colour with a picture of the candidate, along with their name in both English and traditional Chinese characters. Attached to the ballot was a stamp or chop.

To mark the vote needed to be perfect. It had to be in the white circle beside the name. If it was outside the circle – invalid. If it was not facing the right way – invalid. Helpful on-line voting tips helped voters vote and make sure they don’t invalidate their vote. There is a push to make sure all the votes counted. They needed to.

After six months of protests, canister after canister of tear gas, Hong Kongers had a chance to vote on what was happening in their city. The government of Carrie Lam continued to claim there was a ‘silent majority’ who support their ways of ending the demonstrations with tear gas and force. The election was a chance to show how wrong her assumptions were.

The weeks leading up to the election saw wave after wave of protests stopping everything in the city. Demonstrators occupied twoUniversities. Thousands of rounds of tear gas, pepper spray were fired by riot police. In the days before the election, there was a cease-fire. Hong Kong returned to as normal as it can be. Both sides feared the vote would be canceled. It’s a break from the chaos.

The results were surprising. The pro-Beijing parties are well organized, well-financed. They held all the district councils. In this election, they lost every council but one. Some members of the Pro-Beijingparty did so poorly; they lost the deposit they needed to put down to run in the election. Over 2.9 million cast their vote in the district council nearly a million more than the last district council vote and compared to the previous time of 1.4 million.

My guy won. My entire district went for the pro-democracy parties. The election showed there was little or no support for the government. It showed the tactics by its leader Carrie Lam are not working. The government and the police need to back down and listen to the people of this city. The people have spoken, and now we wonder if the government is listening.