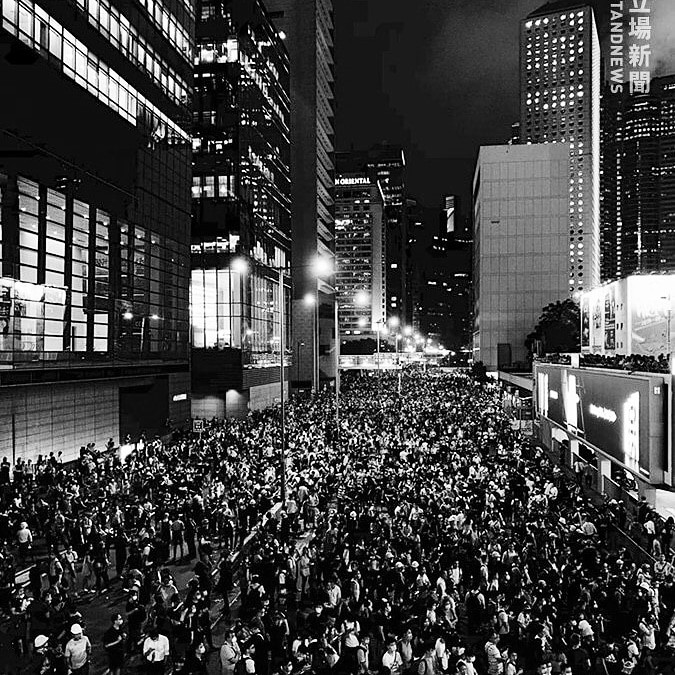 It was amazing in the beginning. Thousands of young people gathering around the Legislative Council building demanding the government to withdraw bad legislation allowing people to be extradited to Mainland China.

The protest was on a Wednesday, and there were thousands maybe tens of thousands, but the numbers didn’t matter. It is how the people came together on a work day — sacrificing their time and money to fight for the future of Hong Kong. The crowd was mostly younger and united. There were no leaders. It looked more organic. Politicians were around, but they were not leading the demonstration.

The president of the Legislative Council, Andrew Leung Kwan-yuen, announced the controversial legislation would be delayed until a further date. The people protested, and the government listened and bent.

Then it got ugly, fast.

From twitter, live-streams, Hong Kong Free Press and others — it looked like the Police got aggressive firing off tear gas, bean bag bullets, rubber bullets, beatings, harassment, and others. It was horrible lasting 6 hours. The Police pushed the protesters back into Central. They were setting up first aid centers at Tiffany’s of all places. Things died down around 2 am.

I wanted to join. I wanted to be there. There is nothing I could have offered as someone who can’t speak the language. The only thing I could do would be taking pictures, tweet, and write, but others who are better at it were already there. It is a regret.

During Occupy I was there. After the tear gas, the youth of the city created a beautiful community in a place where it is hard. After seeing the determination of the Police and officials not to create another Occupy, I doubt this will happen. There is fear.

Last night, I walked around Mong Kok, debating to go to Central or not. There was a group of police officers, holding riot helmets. I felt rage and gave them a dirty look. I wanted to say something but didn’t. Maybe it was best I didn’t go. My emotions were not in the right place.